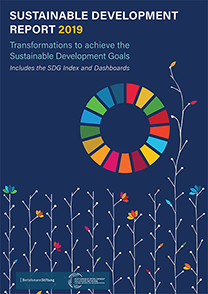 A new report by the Sustainable Development Solutions Network (SDSN) ranks Australia 38th out of 162 countries in terms of sustainable development. Australia ranks well below New Zealand, Canada, United Kingdom and most other OECD countries with a total score of 73%.

Chair of SDSN for Australia and Monash University Professor John Thwaites said that this ranking should be a wake-up call demonstrating that Australia needs to make big improvements in fairness and sustainability.

The Index and ranking (SDG Index) were designed based on the 17 Sustainable Development Goals which were unanimously adopted in 2015 by the 193 member states of the United Nations. These Goals aim to reconcile economic prosperity with reduced inequalities and to address issues related to biodiversity loss and the climate crisis.

The report finds that no country in the world has achieved the 17 SDGs. Based on trend data available, no country is on track for achieving the SDGs by 2030, including Australia.

Australia obtains its best results on SDG 1 (No Poverty) and SDG 3 (Good Health and Well-Being). By contrast, Australia obtains its worst results on SDG 12 (Responsible Consumption and Production) and SDG 13 (Climate Action). As in other high-income countries, high levels of CO2 emissions and pollution and threats to biodiversity will require major transformations to achieve the SDGs by 2030, the target year set by the United-Nations. Australia also generates important negative environmental externalities (or spillovers), notably via fossil fuel exports, that undermine other countries’ ability to achieve the SDGs.

“The report highlights the need for major transformations in Australia to decarbonize energy and improve the sustainability of our food production and diet,” Professor Thwaites said.

“We like to think that Australia is the land of the ‘fair go’ but this report highlights serious inequalities”.

“The proportion of seats held by women in Australia’s national parliament is lower than in New Zealand’s, and our gender wage gap is higher. Our inequality in wealth is getting worse.”

The report includes contributions by Jeffrey D. Sachs, (University of Columbia), the Prime Minister’s Office of Finland and the World Business Council on Sustainable Development (WBCSD). For the first time, the results were audited statistically by the European Commission.